Successfully reported this slideshow.
We use your LinkedIn profile and activity data to personalize ads and to show you more relevant ads. You can change your ad preferences anytime.
Fuck Stats, Make Art - Extended Mix 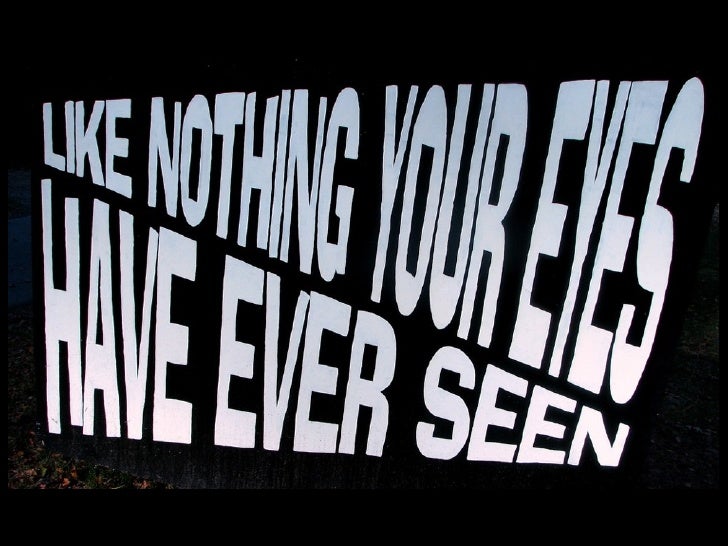 Publishing almost anything and reaching a worldwide audience is suddenly ridiculously easy yet that doesn't mean a vast stream of top-quality content flowing down the tubes. Often, the stuff that floats to the top is goofy, nonsensical or cheesy slices of contemporary pop culture - either contrived or wrangled their way to the top of the viral avenues.

Tis easy to get hung up how many people visit your site, view your video, comment on your pictures, add you as a friend etc., however these metrics mean very little in the long term.

By taking a rambling, pictorial journey through his own career of creating grassroots art, Vancouver's renegade social media maker Dave Olson will extoll, encourage and explain the importance of digging deep to muster creative self expression which will stand the test of time.

Besides spieling on the importance of creating meaningful content, and reasons for concentrating energy on action rather than talking, Dave will share insider tips on outreaching to mainstream media and using promotional skills to amplify your personal message.

We'll explore questions and topics like "why bother?" "what constitutes success?" "how to express yourself?" "exploring mediums" and "making technology your b!tch" - though a veteran computer user, Dave will seek to tame the intimidation and paradox of endless opportunities which often thwart rather than encourage creativity.

Known for a intensely casual, fast-paced style (laced with humorous anecdotes), Dave is an experienced teacher who ran web design classes, and guest lectured to classes at Vancouver Film School and presented to Rotary Clubs, Chambers of Commerce, loggers and rock bands.

From a young age, he's parlayed his artistic and business endeavors into a litany of media appearances from radio in Guam to newspapers in Vancouver to a feature in High Times magazine who said,

"Though his hair is kind of wild these days and a thick beard covers most of his face, you can't pigeonhole Dave as a hippie. He's kind of a Renaissance guy who can speak at length on anything from ecology to music to pro hockey." Chris Simunek, High Times 03/2002
http://hightimes.com/ht/news/content.php?bid=99&aid=3

Dave presented (a pinch hitting) well-received presentation about podcasting at NV 2007 and (another pinch hitting performance) on a panel "Blogging your Passion" at Moosecamp 2006.

Also active participant in Barcamps, Drupalcamps, Transitcamps and enjoys camping in a tent best of all.

Published in: Self Improvement, Business
No Downloads
Views
Total views
2,729
On SlideShare
0
From Embeds
0
Number of Embeds
55
Actions
Shares
0
Downloads
0
Comments
0
Likes
0
Embeds 0
No embeds
No notes for slide