Successfully reported this slideshow.
We use your LinkedIn profile and activity data to personalize ads and to show you more relevant ads. You can change your ad preferences anytime.
KFC PRESENTATION SLIDE 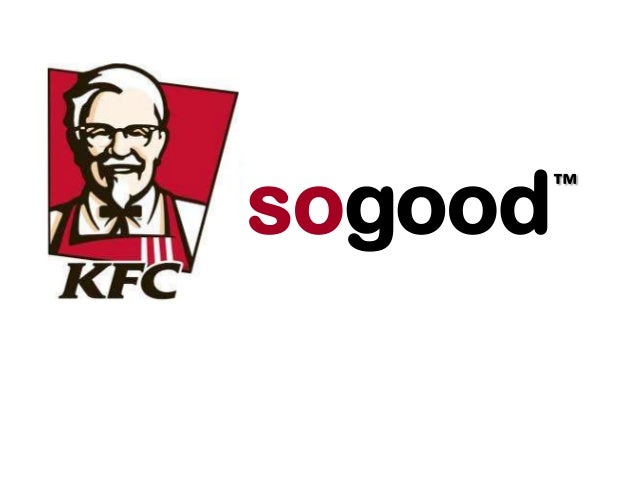 KFC (the name was originally an initialism for Kentucky Fried Chicken) is a fast food restaurant chain that specializes in fried chicken and is headquartered in Louisville, Kentucky, United States (US). It is the world's second largest restaurant chain overall (as measured by sales) after McDonald's, with over 18,000 outlets in 120 countries and territories as of December 2012. The company is a subsidiary of Yum! Brands, a restaurant company that also owns the Pizza Hut and Taco Bell restaurant chains.
KFC was founded by Harland Sanders, an entrepreneur who began selling fried chicken from his roadside restaurant in Corbin, Kentucky, during the Great Depression. Sanders identified the potential of the restaurant franchising concept, and the first "Kentucky Fried Chicken" franchise opened in Utah in 1952. KFC popularized chicken in the fast food industry, diversifying the market by challenging the established dominance of the hamburger. By branding himself as "Colonel Sanders," Harland became a prominent figure of American cultural history, and his image remains widely used in KFC advertising. However, the company's rapid expansion saw it overwhelm the ageing Sanders, and in 1964 he sold the company to a group of investors led by John Y. Brown, Jr. and Jack C. Massey.
KFC was one of the first fast food chains to expand internationally, opening outlets in England, Mexico and Jamaica by the mid-1960s. Throughout the 1970s and 1980s, KFC experienced mixed fortunes domestically, as it went through a series of changes in corporate ownership with little or no experience in the restaurant business. In the early 1970s, KFC was sold to the spirits distributor Heublein, who were taken over by the R.J. Reynolds food and tobacco conglomerate, who sold the chain to PepsiCo. The chain continued to expand overseas however, and in 1987 KFC became the first Western restaurant chain to open in China. The chain has since expanded rapidly in China, which is now the company's most profitable market. PepsiCo spun off its restaurants division as Tricon Global Restaurants, which later changed its name to Yum! Brands.
KFC's original product is pressure fried chicken pieces, seasoned with Sanders' recipe of 11 herbs and spices. The constituents of the recipe represent a notable trade secret. Larger portions of fried chicken are served in a cardboard "bucket," which has become an icon of the chain since it was first introduced by franchisee Pete Harman in 1957. Since the early 1990s, KFC has expanded its menu to offer other chicken products such as chicken fillet burgers and wraps, as well as salads and side dishes such as French fries and coleslaw, desserts and soft drinks, the latter often supplied by PepsiCo. KFC is known for the slogan "finger lickin' good," which has since been replaced by "Nobody does chicken like KFC" and "So good."