Successfully reported this slideshow.
We use your LinkedIn profile and activity data to personalize ads and to show you more relevant ads. You can change your ad preferences anytime.
Development, inequality and climate change 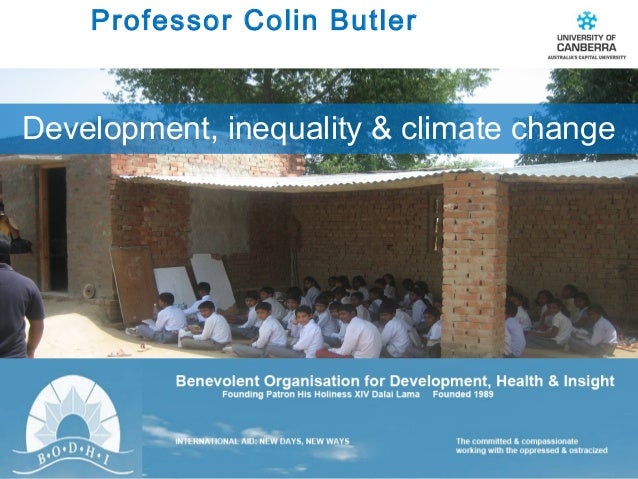 This paper argues that, despite considerable rhetoric to the contrary, privileged populations have long undermined “development”, in several ways and scales. The degree of this erosion of development has arguably increased in recent decades, although there are countering trends, especially the spread and declining cost of communication technologies including mobile phones, the internet and more recently social media.

Aid from high to low-income countries, in an attempt to reduce international inequality, has become unfashionable, and many attempts to increase fairness have instead been denigrated, with language such as the “politics of envy”.

Arguments that it is in the rational self-interest of societies and indeed of the whole world to become more equal have also had little effect, despite phenomena such as the September 11 attacks and the rise of the Islamic State, which now attracts violent idealists from many countries. Instead, high-income populations favour attempts to suppress dissidents and practice increasingly intensive and pervasive surveillance.

Finally, this paper argues that anthropogenic climate change is a manifestation of global inequality, which, unless addressed, is likely to not only make other forms of inequality worse, but even to threaten the fabric of global civilization, in combination with other stresses that reflect aspects of “planetary overload”.